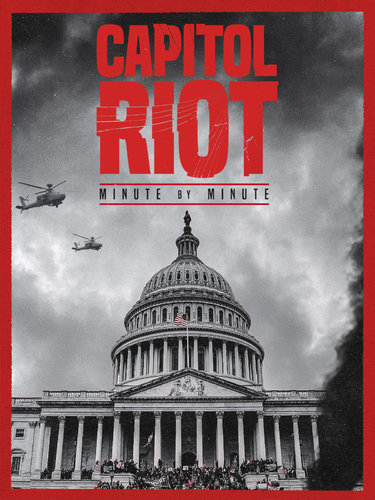 After months of campaigning, Joe Biden is announced President-elect. For many, the unsubstantiated claims of fraud had sown the seed for the most sustained attack on the Capitol for over 200 years. January 5th. Flanked by Proud Boy and Oath Keeper members, Trump allies convene at the Willard Hotel, preparing to follow through with their scheme.
To alter the course of the vote. To keep Donald Trump in power.
The following dayâs events left an indelible stain on the fabric of American democracy.

The 6th of January, 2021, was meant to have been a celebration of the will of the people; not since the days of the Civil War had democracy been threatened.
Not since 1814 had the Capitol been overrun and desecrated by an angry mob.

Come with us as we recount the coordination, criminality, and chaos of the Capitol Riot: Minute by Minute.