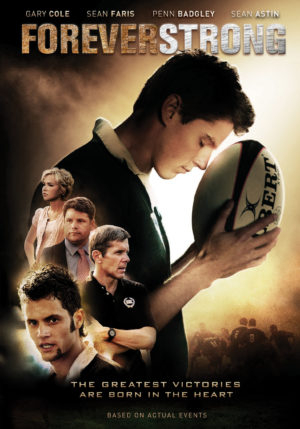 Hotshot rugby player Rick Penning (Sean Faris) was the star player of his Arizona high school team until a fateful brush with the law forces him to ponder the consequences of his actions in a Salt Lake City juvenile detention center. Then, the warden (Sean Astin, Rudy) helps the talented-but-troubled player get a second shot by landing a coveted spot on the famed Highland High School rugby team. Now, with help from Coach Larry Gelwix (Gary Cole), Rick sets out to redeem himself and lead his team to the national championship, but first, heâll have to defeat his old team, which is coached by his father.

Inspired by actual events, Forever Strong is a coming-of-age story that sets one teenagerâs spiritual and emotional growth against the fierce world of rugby. With nothing left to lose, Rick discovers that the greatest victories arenât born on a field, but in the heart.