Roll the camera! Filmography numbers for 84-year-old actor Morgan Freeman have already hit the 100-plus mark. No surprise that five Oscar nominations including a win for âMillion Dollar Babyâ would result. Perhaps it is the distinctive velvet smooth voice and calming demeanor that made Freeman a household name. A sonorous sound continues to guide audiences through the Shawshank Redemption prison, limousine ride in âDriving Miss Daisyâ, âMarch of the Penguinsâ documentary and even the âHall of Presidentâs at Disney World.

The son of a Tennessee barber and schoolteacher, Freeman would call Mississippi then Chicago home. Morgan had a passion for acting but dreamt of being a pilot. Yet he turned down a college scholarship to serve in the Air Force as a mechanic and radar technician. Then off to the stage during the sixties as a dancer at the New York Worldâs Fair and actor on Broadway. Kids of the 1970âs first met Freeman on The Electric Company TV program. These days the show goes on beyond the big screen since the Voice of America has as of late reinvented himself as both a pilot and honey beekeeper. 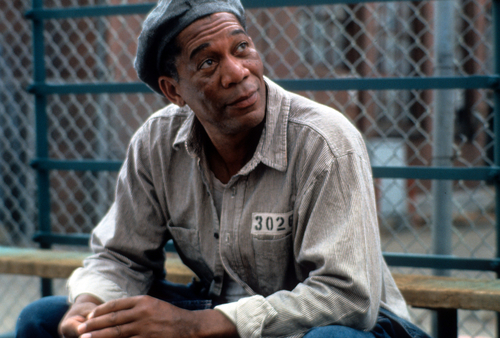