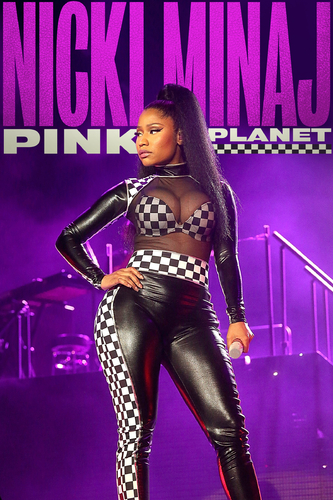 American rapper, singer, songwriter and entertainer Nicki Minaj was born in Trinidad and raised in Jamaica. Between 2007 and 2009 she released three mix tapes and, due to the success, she was signed to Young Money Entertainment. Her debut solo album reached platinum certification a month after its release, in which the single "Superbass" went quadruple-platinum and sold more than four million copies. She is the first female solo artist to have seven singles on the Billboard Hot 100 at the same time. Her second album "Pink Friday: Roman Reloaded" became one of the best-selling albums of 2012.

Minaj's fast paced rapping, alter egos and accents have made her into a world class entertainer and she has been considered to be one of the most influential rappers of all time. Through her own words, video and live performance footage of some of her greatest hits, including "Superbass," "Check it Out" and "Beez in the Trap," this documentary takes an intimate look at the life of Nicki Minaj.