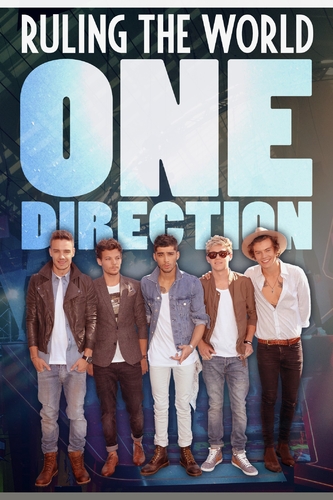 ONE DIRECTION: RULING THE WORLD

Harry Styles, Niall Horan, Zayn Malik, Liam Payne and Louis Tomlinson, five names synonymous with global superstardom, this is the amazing story of One Direction and their continued journey to ruling the world. Individually auditioning for the X Factor in 2010, the boys were unsuccessful in getting through however their story started when they were put together as a boy band at the suggestion of Nicole Scherzinger. They went on to come third in the show and under the careful guidance and management of Simon Cowell the rest, as they say, is history. Today One Direction is the biggest Boy Band in the world, having sold millions of singles and albums and having won several MTV and Brit Awards.