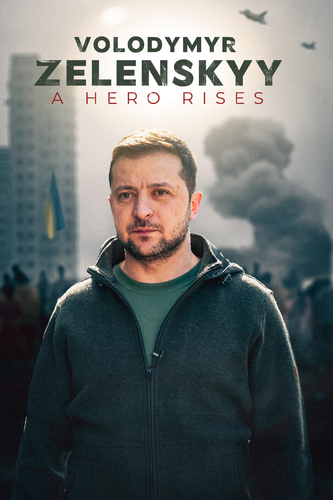 When all hope seemed lostâ¦ When Ukraine needed a heroâ¦Volodymyr Zelensky saved the day. Stepping almost effortlessly from the small screen to the public stage, Zelensky founded the Servant of the People Party and was elected president in 2019 in a landslide.

When the war in Ukraine began, the world was in awe after seeing photos of the Ukrainian President in camouflage, who showed no fear of death in the face of the Russian invasion.

Leaders around the world watched and felt inspired by the Presidentâs solidarity with his people. Rather than making demands to crush the enemy and ride to victory, he calls for peace and the preservation of human life regardless of nationality. He wishes to stop the war and makes it crystal clear, that Ukraineâs response to the Russian invasion is an act of pure self-defense.

Follow the story of President Zelenskyâs rise to power and his heroic nature in saving Ukraine in its time of need.