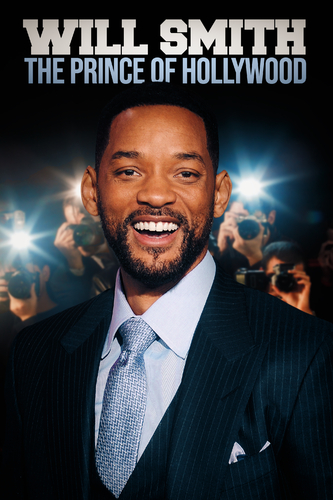 WILL SMITH: THE PRINCE OF HOLLYWOOD

Itâs not a rags to riches story. Nor was he born of Hollywood royalty. But, Willard Carroll Smith knew what he wanted way back when while growing up in West Philadelphia. Career not college was his goal. One year of financial support from his father allowed Will Smith to pursue his childhood dream. He did not disappoint and soon wrote his own show biz story. He began in 1985 as the MC of the hip-hop duo act called DJ Jazzy Jeff and The Fresh Prince which led to 19 music award nominations, including four Grammy wins over a 15-year span. This was just the beginning. Watch how Will Smith then set for himself the goal of becoming âthe biggest movie star in the world.â

The music label served him well when NBC built the âFresh Prince of Bel Airâ sitcom around a television version of Smithâs real self from 1990-96. Learn how he translated success to the big screen with 47 credits as actor or producer of 47 films. Along the way Will Smith would receive four Golden Globe and two Academy Award nominations for âAliâ and âThe Pursuit of Happyness.â He holds the record with hits like âMen in Black IIâ and âI Am Legendâ for eight consecutive films grossing over $100 million in the U.S. Global box office receipts approach $8 billion. No wonder Forbes Magazine has ranked Smith as the most bankable star in the world.

Fans forever love him in his roles as a policeman, agent or rebellious, wise-cracking character. Even unpaid tax problems early in his career were overcome on the way to legend status. Smith can even solve a Rubikâs Cube in less than a minute. No doubt he maintains that WILL to win.